Miniatures for wargaming can be made from a range of different materials. There are a number of factors that influence the choice of material, as the various options all have different attributes and costs. Here, we'll run through the different materials, and in later articles we'll deal with the specifics of working with some of them in more detail. 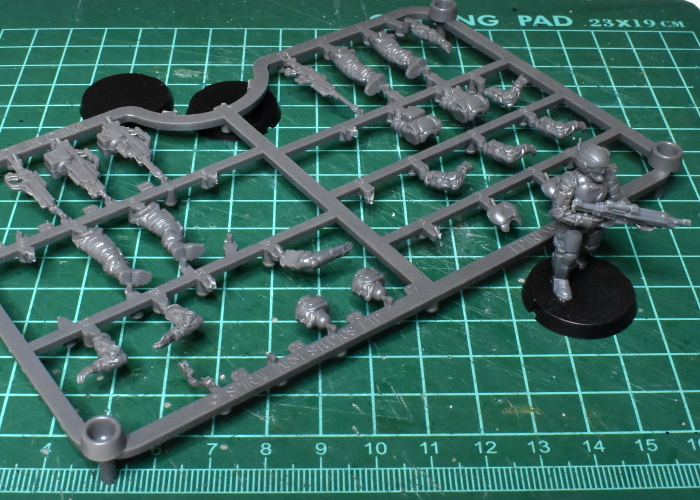 Plastic has the benefits of being lightweight and easy to cut and modify. It also holds glue well, and is reasonably durable. On the down side, the metal moulds used to produce these kits are very expensive, putting plastic out of reach for many miniature producers. 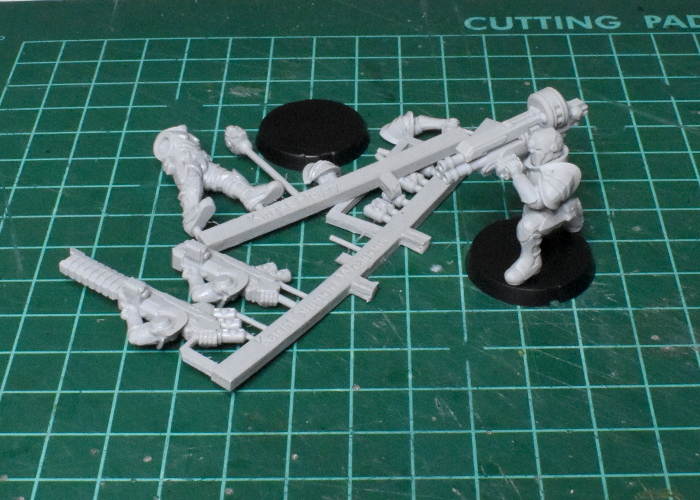 
While technically just a different type of plastic, the polyurethane resin used for miniatures tends to be referred to simply as 'resin' to differentiate it. Resin miniatures are cast in silicon moulds which are much cheaper to make than the metal injection moulds for plastic, but the process is more labour intensive and expensive per model. These miniatures can be anything from a single piece sculpt through to complicated, multi-part models.

Resin is lightweight, like HIPS, but can be more brittle. It also holds sharper detail than HIPS, and because the silicon moulds are flexible the miniatures can have more complex shapes and undercuts. 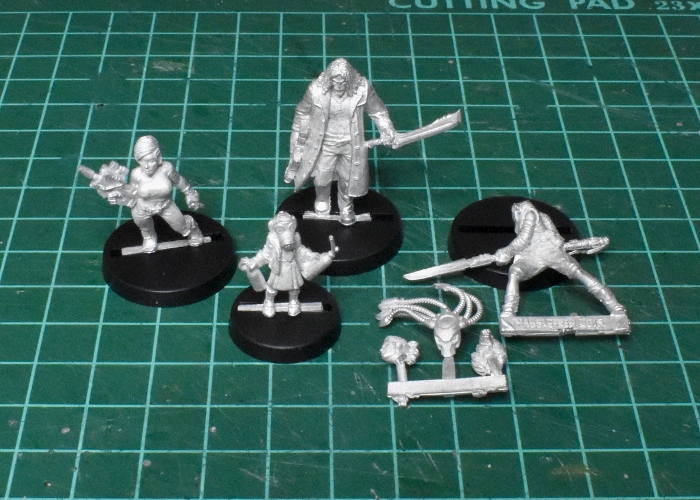 
Back in the dark mists of time, most manufacturers used a lead and tin alloy for their miniatures. When some countries began to legislate against having lead in toy products in the mid '90s, most manufacturers gradually transitioned to a lead-free 'White Metal', also sometimes called 'Lead-Free Pewter'. White Metal miniatures have most of the same advantages and disadvantages of resin, although they tend to be heavier and are harder to cut or reshape.

White metal is poorly suited to larger, multi-part models, as the parts can distort during casting, making assembly difficult. Their weight can also make gluing them together difficult, and glued parts break off easily unless they are securely pinned. 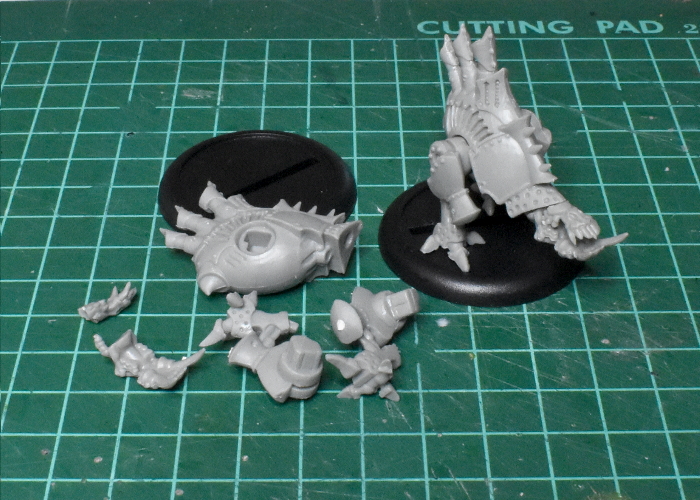 
There are a growing number of miniatures on the market made from plastics other than HIPS or Polyurethane resin, sometimes referred to as 'Restic' (a mash-up of plastic and resin). These can be harder polyester resins, or softer, rubbery plastics, and have traditionally been used for board game components, where the level of detail wasn't as high a priority.

While the quality of these miniatures tends to be not as high, and the plastic is often much more difficult to work with than HIPS or Resin, they are commonly cheaper to produce. Some manufacturers have chosen this as a tradeoff for avoiding the setup costs of HIPS or the labour-intensive casting processes of resin or metal. 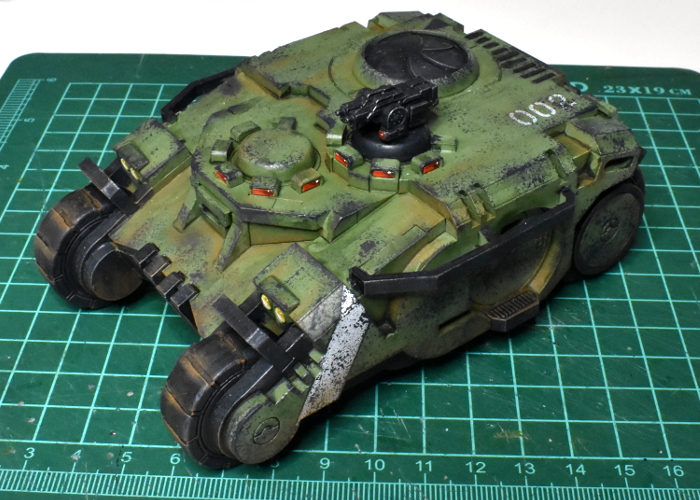 An MDF vehicle from Miniature Scenery, with some plastic additions.


We can't finish this list without mentioning the slowly growing range of options out there made possible by the development of computer-controlled routers or laser cutters. While not commonly used for organic shapes, some manufacturers produce vehicles, robots or other machinery from materials like MDF, cardboard or foamed PVC. These range from very simple, boxy designs through to complex kits with hundreds of components. While not capable of reproducing the sort of fine details available to moulded plastic or resin, with some careful finishing and painting these can often be an interesting and/or affordable alternative to more traditional kits.

For modeling articles covering a wide range of different types of kits and materials, check out our Tips and Techniques, Modeling Articles and Terrain Building Articles Hobby sections.