In Part One of these notes on how we designed the universe of Maelstrom's Edge, we discussed the lynchpin of the entire setting, the cataclysmic wave of dark energy known as the Maelstrom. Its inexorable march across the galaxy's spiral arm is the catalyst to all the conflict and drama of our game and its fiction. But before there was the Maelstrom, there was the cybel network, a crisscrossing web of more benign energy that enabled mankind and alien alike to spread amongst the stars. I'm going to talk a little bit more about that today. 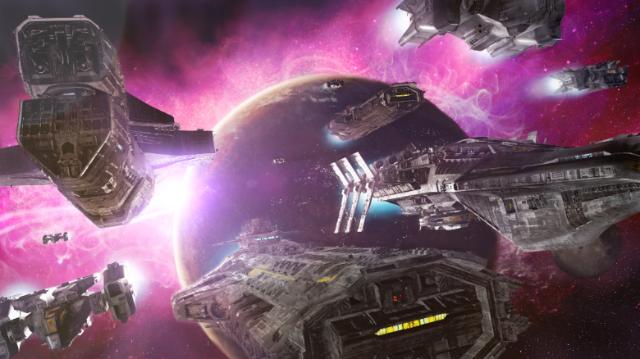 The cybel tunnels were our way of doing faster than light travel. We knew we wanted faster than light travel (FTL), as otherwise space opera is very difficult to do - it's no fun to have a space based setting where it takes hundreds of years to travel between stars! But we also wanted it to feel a bit different, and to link into our core idea of the Maelstrom, a tidal wave of destructive energy threatening the galaxy.

The official jury on dark matter and dark energy is still out, but many physicists working today are confident that web-like tendrils of dark matter criss-cross the heavens, linking up between the aggregations of conventional matter that make up stars and planets. In the Maelstrom's Edge universe we posited that after a very long period in which humanity spread among the stars of the spiral arm in countless generation ships travelling at slower-than-light speeds, humankind finally discovered how to use these threads of energy--named cybel energy in our universe--as galactic shortcuts. These threads were literal tunnels that cut through the fabric of space-time, and transformed journeys that had previously taken hundreds of years into ones measured in days.

Of course, the generation ships that had set off for other stars had all been lost to the sands of time. The stellar distances were simply too vast, the timespans and technical challenges of communicating across interstellar space, too great. What happened to these early spacefarers is largely unknown. As the cybel network grew out from the Capital Worlds, contact was made with some of these splinter groups of humanity--or the remnants of their societies in some cases--and uneasy alliances were formed. The fate of the vast majority, however, remains shrouded in mystery. Out on the Edge, the erratic advance of the Maelstrom isn't the only danger awaiting those fleeing for their lives.

The goals of designing the cybel network were fourfold:

The resulting design imagines that there is a field of dark energy (or cybel energy, as we've called it) that normally can't be seen, that is attracted to mass. Objects of large mass like stars, gas giant planets and black holes attract sufficient quantities of dark energy that the boundary between the dark energy dimension and realspace becomes thin enough to tunnel into. These tunnels form a web of filagreed energy stretching between nearby stars, acting as a wormhole for ships to pass through, shortening trips that would take decades to just a few days or weeks.

The larger the mass of a celestial object, the more cybel energy it attracts, and the thicker the filament it extends out towards other objects of mass. This means that the larger, more stable tunnel entrances are found around supermassive stars and black holes, and tunnels between two such objects of large mass become main thoroughfares for travel across the spiral arm. Tunnels between smaller masses are riskier, and the tunnel can become dangerously narrow towards the mid-point between the two masses, especially if there is a large mass distorting the tunnel somewhere along its length.

Entry into the cybel network requires a vast amount of energy, channelled into a precise electromagnetic wave which tears a temporary gateway into the tunnel. The larger the mass close to the entry point, the less energy required to enter, as the wall of the tunnel is weaker. This entry energy also provides the ship with sufficient momentum to travel far enough along the tunnel to enable the end-point mass to start pulling the ship towards it. Navigational control of a ship is very limited and similar to sailing upstream to the midpoint of a tunnel and then flowing downstream to the end of a tunnel.

Any interaction of cybel energy and normal matter causes an explosion dramatically more powerful than the mass involved would suggest is possible. To combat this, ships enter the network enveloped in a strong electromagnetic field which repels the cybel energy, created by the same mechanism used to enter the tunnel. This field is generated by the cybel engine. Whilst on a small ship this might all be performed by a pilot, larger ships use dedicated 'hullwalkers' to dynamically alter the field strength of the ship's shield to counter the tunnel's local geography. Colliding with the tunnel wall is a sure way to be destroyed. Tricky sections of the network are lit up by the indistinct fading afterimages on the tunnel wall of ships that have been destroyed, a graveyard of phantoms. 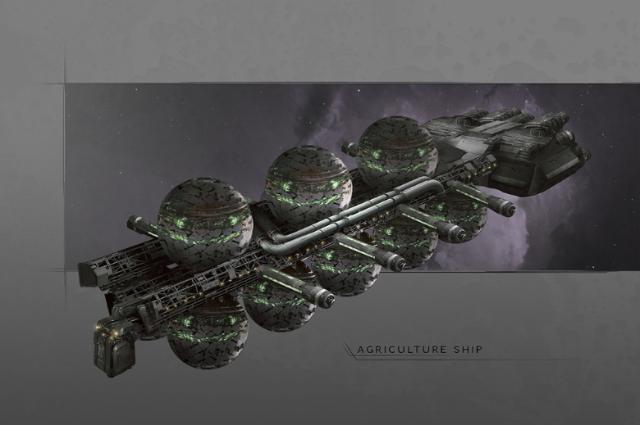 It should be stressed that the cybel network is by no means a magical panacea allowing anybody to travel anywhere they please. For the vast majority of starfaring vessels, the only means of accessing the network is through cybel gates, giant irises of engineering located close to large astronomical bodies such as stars and gas giants. This is because the tunnels of cybel energy linking the stars are widest close to large bodies of conventional matter, and become much thinner in the interstellar gulfs where the density of cybel energy falls too low to allow easy "tearing" and access. This is also the reason why most FTL jumps happen between adjacent or nearby stars; the tunnels linking stars separated by distances on the order of fifty light years or further become perilously thin, and only the most desperate take the risk of tumbling out of the tunnels and being left stranded in interstellar space. Tunnels connecting supermassive stars, however, are sufficiently wide to permit safe jumps over spans of hundreds of light years, and it is these systems that form the backbone of the major interstellar highways.

The gate accelerates ships as they enter a cybel tunnel with enough momentum to emerge safely through the twin gate at the other end of the tunnel. There may be multiple gates in a system, each heading to a different destination. As a result, a ship travelling to a system more than one node away on the network is required to exit the network at each gate. They would then head to the next gate on the route, perhaps docking to resupply and exchange information with the Comm Guild stations near each gate.

One of the things we love about the setup of the cybel network and Maelstrom is that communication gets passed down along the cybel gates, deposited at the Comm Guild stations as ships pass through a star system. This allows information to circumvent lightspeed, but it also means that information in the Maelstrom's Edge universe is fragmented and incomplete, more like a telegraph system than the internet. And, as the Maelstrom comes closer and destroys or disrupts transport routes, the information starts to dry up or become incomplete. Whereas before you might have regular news updates from your neighbouring systems as traders passed through, now it becomes much dicier for people to move around star systems at the edge.