Three Epirian Contractors can be made from the following sprue: 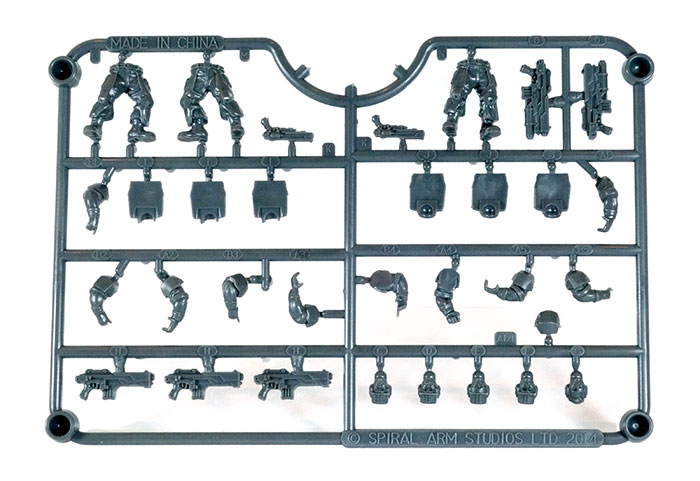 Assembly is straightforward and two sprues will make up the following parts. Please note that arms are paired, so do not mix them up or you'll have a really hard time putting them in pairs again! Pairing is done by number, so A1/B1 are a pair, as are A5/B5, etc. You'll notice each sprue provides 5 pairs of arms and 5 heads, giving lots of room for experimentation. 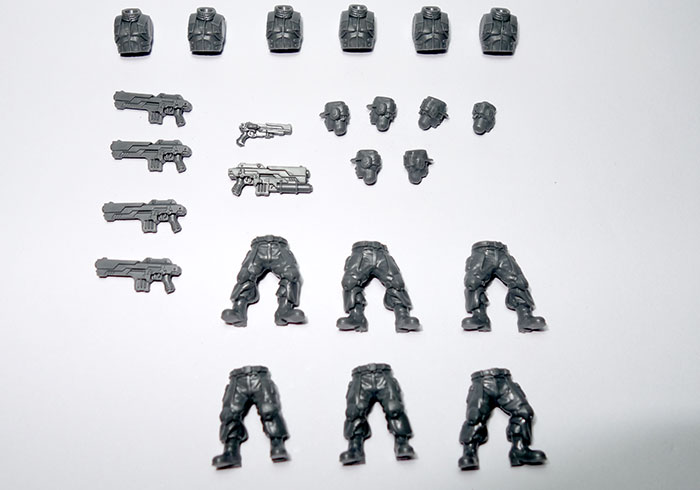 The main build considerations with the Epirian Contractors are that some of the arm poses do not work well with some of the leg poses due to the angles involved, so as always, be certain you dry fit things first. If in doubt, try to copy our studio assemblies for good effect.

As with our Epirian Handler model, the torso has a slight lean to it, and because of that, if you place one foot higher than the other when basing your models, you'll open up much more posing flexibility. This can be done easily by bulking up your basing texture underfoot, adding a pebble or slope to the base, or a multitude of other options.

Cleanup and assembly is fairly easy with the Epirians, with everything going where it should. One point of note is this little mould line on the kneepad strapping: 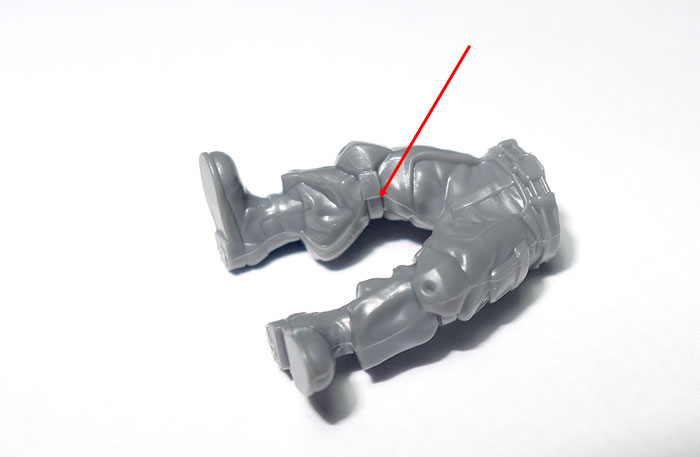 That raised mould line between the front and rear halves of the part looks a lot better if it is shaved down but as it is a little bit deeper than our usual near non-existent mould lines, it can be missed when trimming. Please note that in the photo above we've used a pre-production prototype piece with mould lines that are much worse than our finished products so that you can see more clearly.

The final assembled models (from two sprues) can look like this: 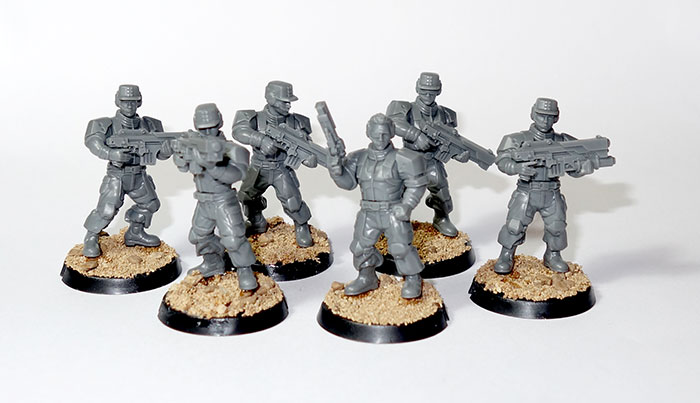