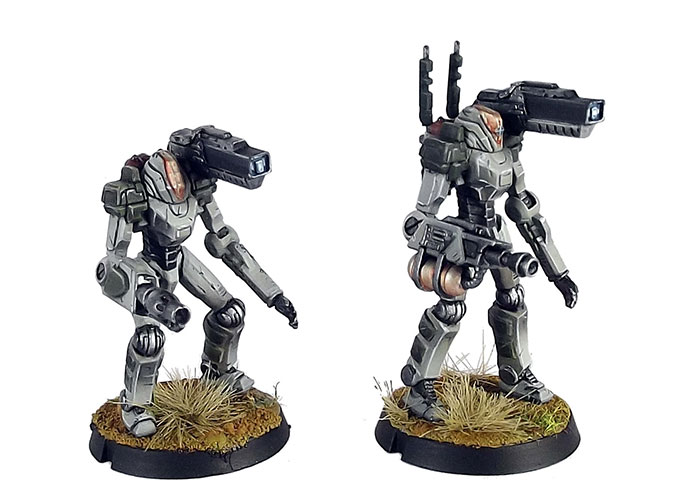 The Epirian Scarecrow is assembled using the following sprue: 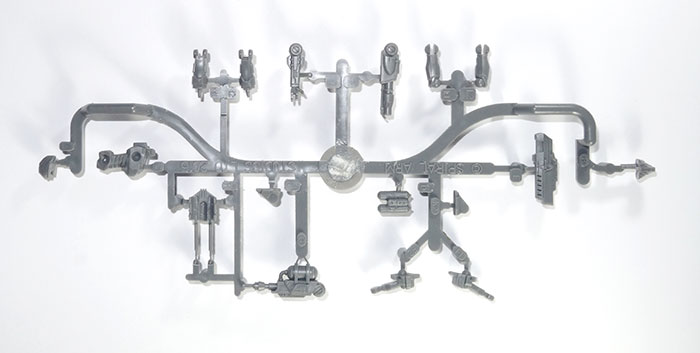 The scarecrow is relatively simple to assemble, but there are a few important things to note. The model uses some very small parts which are quite fiddly, so be very careful not to drop them while building the model!

The upper arm parts F1/F2 have a slight 'bicep' which indicates the part of the arm which should face the front of the model. F1 is used on the model's right arm and F2 is used on the model's left arm as a result. If you've already assembled them the other way round, it is not a big deal though as there are plenty of variant robotics out there in the wider Epirian Foundation.

Leg parts (K, L, M) are keyed by number. While they look like they would be interchangeable, K1, L1 and M1 need to be used together, as do K2, L2 and M2. This is because there is a slight lean in the legs which is very subtle and not noticeable when built correctly, but can make the model feel 'wrong' if you mix and match parts. As such, be very careful not to muddle those pieces from the sprue or you will have a very hard time figuring out which goes with which. Please refer to assembled model pictures to check the orientation of the leg pieces:

The HQ variant of the scarecrow uses part H - the antenna, which simply clips over the fuel tanks. The antenna pieces are extremely fragile due to their thin detail, so be extra careful when transporting the model if you use this optional part, and be very cautious when clipping the antenna off the sprue. We do not recommend the use of a knife when taking it off the sprue as it will stress the piece too much. Using sharp sprue clippers will do the job nicely though. 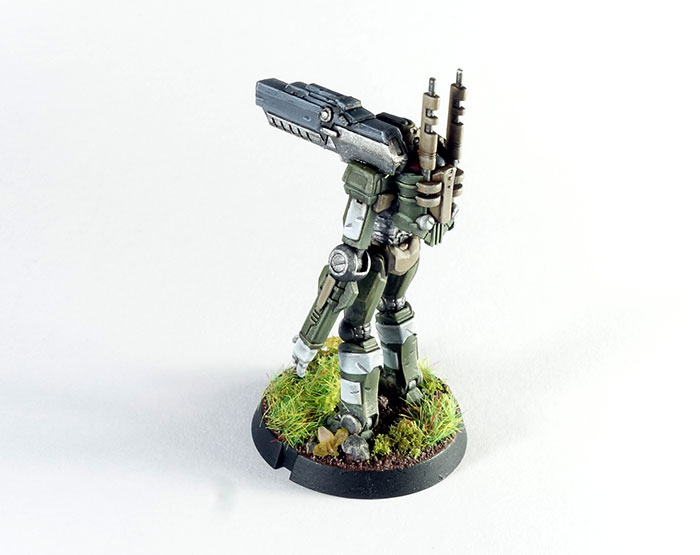 The HQ variant also uses head B (the one with the additional detail).

When attaching the head, we recommend you take some time to ensure sprue connection points and mould lines are trimmed as much as possible so that the fit is as flush as can be, The mould line on the connecting piece at the top of the torso which the head slots on to benefits most from some trimming for a super flush fit.

The railrifle gun (part E) simply slots over the model's left shoulder. If you prefer, you can easily fill the connecting indent with greenstuff and play with all sorts of poses as well to get a different profile to your model.

Here are a few conversions to give ideas for experimenting with variant robots: 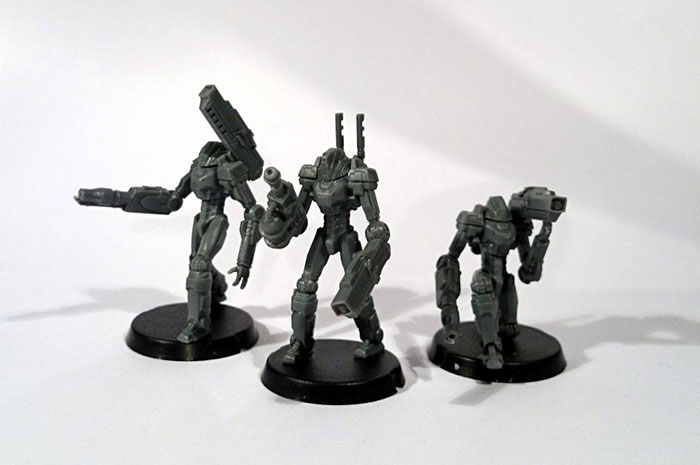