Two Angel Minnows can be assembled from the following sprue:

Minnows are the easiest models in our range to assemble. Simply take one of the body parts and attach one set of paired wings A1/A2, B1/B2 or C1/C2. You'll need to trim the sprue ejection points off the inserts of the wings in some cases (the little circles visible on part C1 at least) to ensure a flush fit. Make sure that the sprue connection points are also trimmed flush so that there is no seam when gluing the wings together.

Preparing the body for assembly is very straightforward. There is a mould-line 'ring' around the face of the minnow which is necessary as part of our sliding-core moulds. This ring can be cleaned by scraping it with a sharp knife, but is fairly subtle. The line exists because that is where a separate part of the mould comes in and allows us to get side detail. Without that mould part (and corresponding line), we would have had to make the body in two or even three parts. 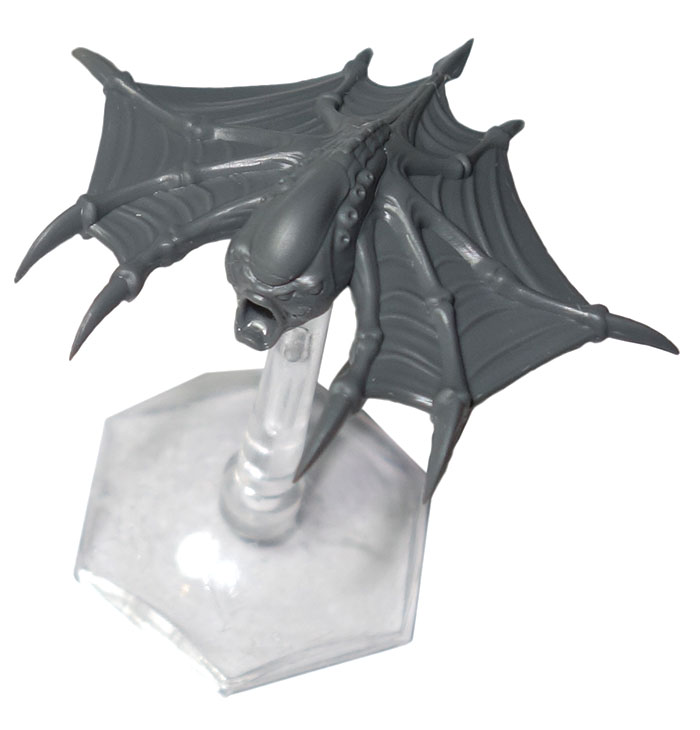 The minnows use flight bases which, just like Epirian Firefly Drones, can be magnetised effectively. If doing so, clip off the peg from the flight base and add a 3mm cylindrical magnet. The minnow should then have a corresponding 2mm magnet inserted in the torso hole. You may need to deepen the hole in the minnow's body to fit a magnet flush.

The sockets for flight bases on the underside of minnow models have a tendency to retain some material from the moulding process. As such, you may find you need to stick a drill bit or file into the torso hole if the model does not sit neatly on it's flight base peg. Usually this is not an issue, and if you are gluing the flight stand in place permanently then it is also generally a non-issue.

Converting minnows can be a touch more challenging than our other models and require some sculpting to smooth out seams, so if you want to try your hand at some more advanced sculpting, they are a fun place to start. Here are some examples of doing fun things by pairing different wings together: 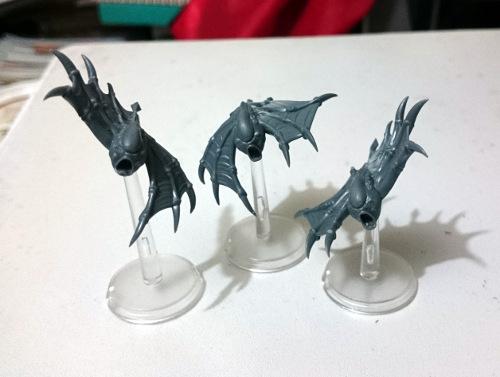