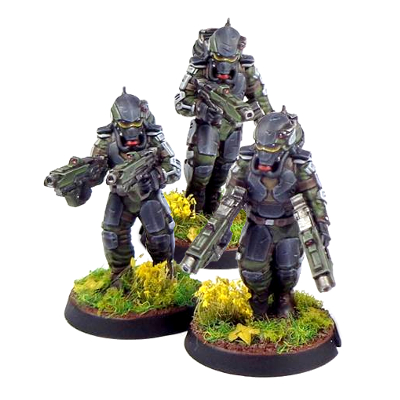 These models can be used alongside the SecDef Boostpack Specialists models to create a SecDef Rapid Intervention Team.


Back to Store
SecDef forces excel at rapid insertions and mobile strikes against enemy positions. Sometimes though, even these elite troops run up against opposition that is too well entrenched for a normal assault. Against these targets, boostpack-equipped Rapid Intervention Teams are brought to bear. Selected from amongst the most skilled SecDef veterans and armed with twin Araldyne CB22 Assault Carbines, Rapid Intervention Teams use the greater mobility afforded by their boostpacks to outflank and surprise enemy defenses, quickly overwhelming them with a hail of deadly short-ranged firepower. Where an extra punch is required, Rapid Intervention Teams are equipped with Araldyne CF13 Clingfire Sprayers or FG19 Flakk Guns: more effective and streamlined versions of these ubiquitous weapons, typical of the improvements Araldyne is able to create. 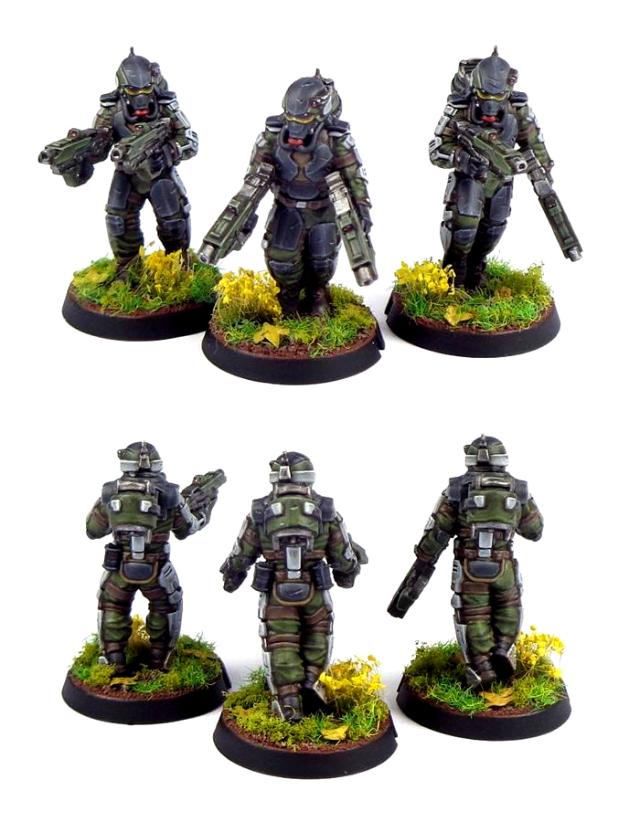 While undeniably effective, many commanders on the Edge are reluctant to deploy Rapid Intervention Teams other than as a last resort, due to the extreme costs involved in training, equipping and maintaining them. Not only are their compact boostpacks incredibly expensive and notoriously difficult to keep operational, the extensive training required to master them makes a fully trained Boostpack Infantryman almost as valuable as their equipment. On more affluent worlds this is less of a concern, and Rapid Intervention Teams are often found spearheading engagements, striking at critical targets behind enemy lines and crippling the foe's ability to properly organize a defense against the might of a full SecDef deployment.