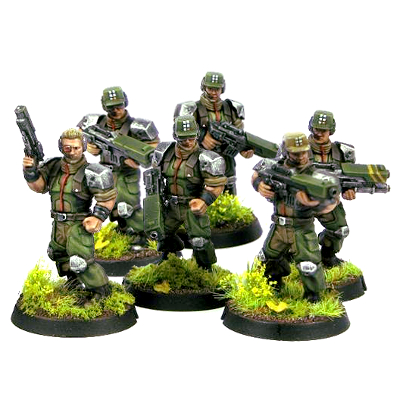 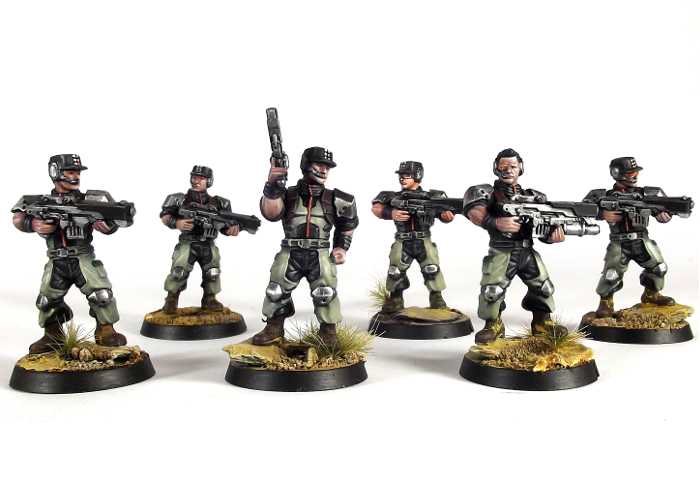 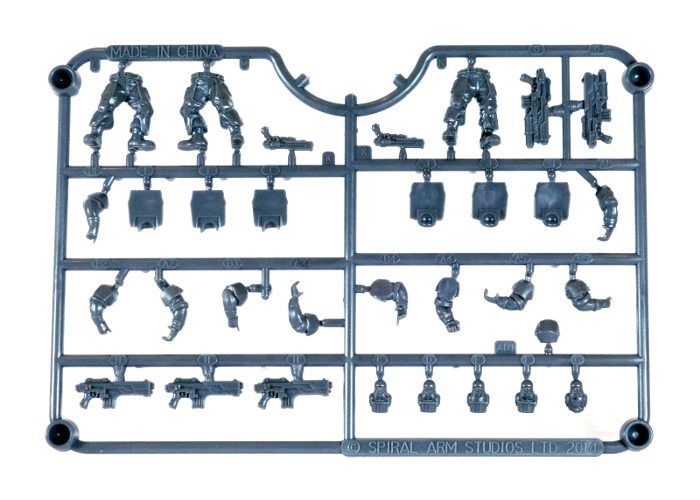 This pack can be combined with the Faction Expansion Sprue to build Contractor Suppression Teams.