Designed for battle, heavily armoured Hunter warmechs lay down withering fire, even on the move. Although many of the robots employed by the Foundation come in all manner of shapes, for some roles, only a walker type will work. In the sphere of war, an Epirian staple is the Hunter class Warmech. A ubiquitous and iconic model for many Epirian franchises, the Hunter is designed purely for battle, and is often the centrepiece of a base's defence forces.

Designed to intimidate, the bipedal hunter class (GDV-1011 model) robots stand 11ft tall and are robustly armoured. Heavily armed as standard with a Maglock Chaingun, a base defended by even a few Hunters can hold its own against all but the most determined of attacks. Although their bot protocols limit their mobility, when boosted by a Handler, Hunters can fire more effectively on the move, making them a prime vector for Epirian Battlefield control. 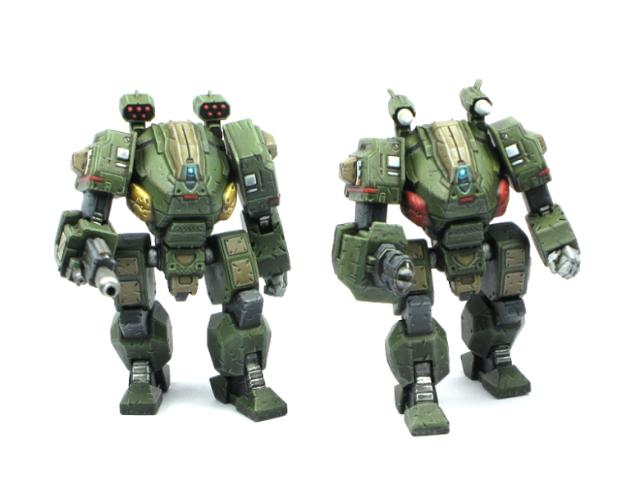 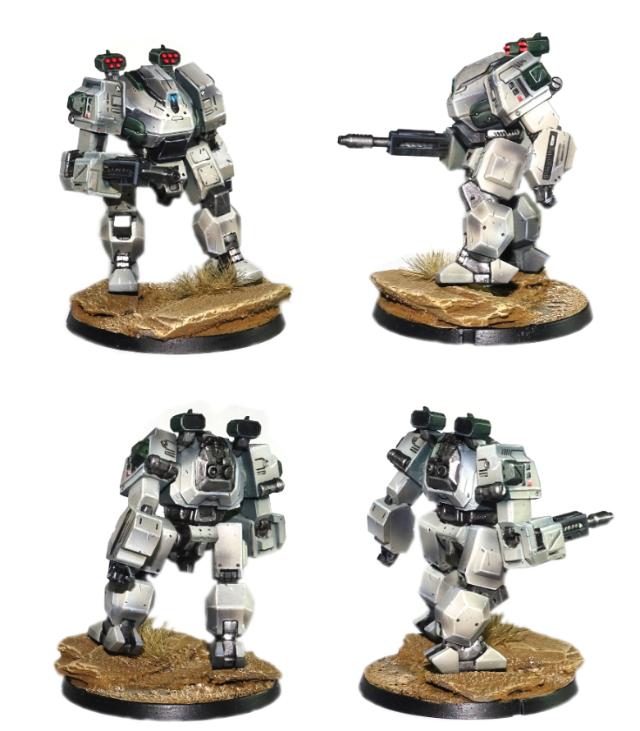 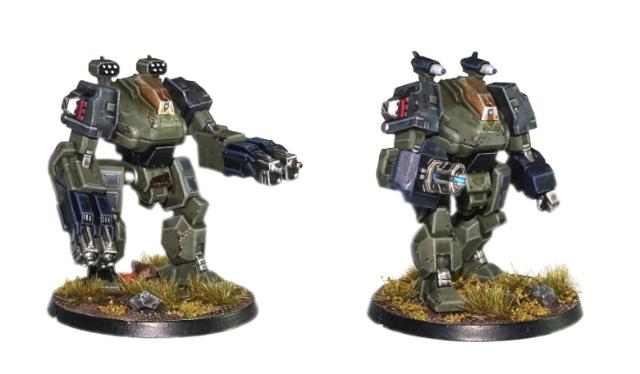