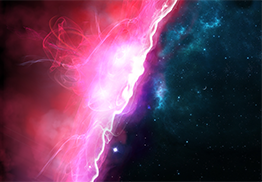 (Insertion Locator)
Reinforcement units utilizing Aerial Insertion do not need to expend a command point, provided they arrive within 6" of this unit.