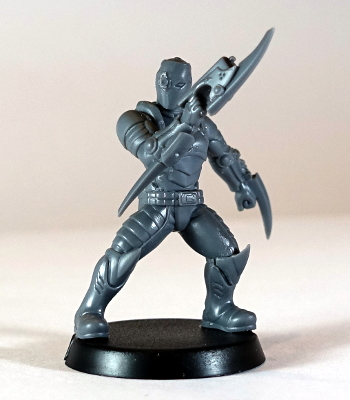 
Back to Store
Shadow Walkers are a mysterious sub-sect, even inside the Karist Enclave itself. They are a deadly mix of assassin and battlefield intelligence agent. Gifted with unique and terrifying abilities via their lightweight and highly advanced Veil-suits, a Shadow Walker has peerless mobility and infiltration capabilities. The rift technology in their suits is able to tear small tunnels into cybel space, allowing a form of teleportation colloquially referred to as 'Rifting'. Shadow Walkers make formidable combat units, able to press quickly into the enemy lines and sow destruction and fear before disappearing once more.

Each sprue contains enough parts for two models, except there is only one head in total. This leaves lots of scope for conversions and part swaps and if you use the spare head from the Karist Trooper sprue and a spare base, grants two models for the price of one.