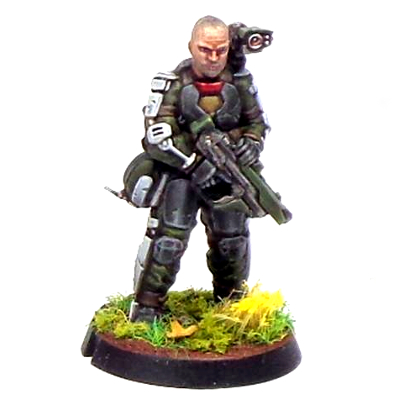 This high quality resin kit contains one Epirian SecDef Lieutenant model with two weapon options (CB22 Assault Carbine and G20 Pistol) and a 25mm base. This Command model enables an all-SecDef Epirian army to be fielded.
Back to Store
Anyone underestimating a SecDef lieutenant is about to pay dearly for his mistake. Promoted from amongst the most capable veteran sergeants, SecDef lieutenants are level-headed combat experts on both a tactical and strategic level with extensive financial and material resources to hand. Often taking on the most difficult (and therefore highest paying) missions with their platoons, the aim of most lieutenants is to accrue enough backpay to purchase a field commander commission, and the heavy combat rig that goes with that position. 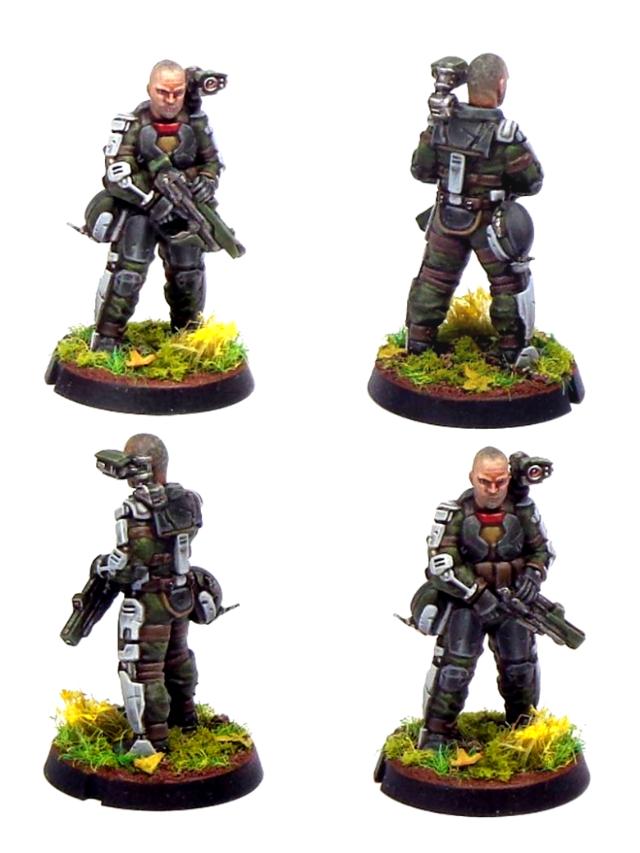 While technically tasked with safeguarding the same corporate goals as every other Epirian division, issues can arise when SecDef units are forced to cooperate with Bot Handler commanders in the field. Their philosophy, character and approach are almost diametrically opposed to that of the average Handler. The SecDef's innate distaste for bots results in them having little faith in the abilities of their robotic allies, having seen them fail once too many in their long careers where they believe proper SecDef infantry would have got the job done. Nevertheless, they are professional enough to let the deadly Hunter Warmechs profit from their shoulder-mounted target designator. Many a foe has perished under a hail of strike missiles shortly after a SecDef lieutenant is inserted into enemy lines, quickly identifying and painting the largest threat.