Broken Snipers originate either as marksmen from a planetary military that is displaced by the Maelstrom or pulled from within the ranks of the SARA and trained when it is noticed that they display a high level of accuracy with their rifle. Unfortunately, the Broken simply do not have the types of training facilities that other factions have access to, nor the manufacturing and technology in place to produce state of the art high-powered sniper rifles. All of which means that, one-on-one, Broken Snipers will never be a direct match with their foes. Therefore, the role of a Sniper focuses more on being a jack of all trades thorn in the enemy’s side.


A Sniper amongst the Broken is an immensely valuable battlefield tool and therefore Broken commanders commission their weaponsmiths to produce custom, high-end weapons and tech for their Snipers, so as to give them a fighting chance on the battlefield. Though each Sniper has a slight variation in their kit, their basics usually entail a cloak with powered optical and anti-radar camouflage, along with a drum-fed sniper rifle, which is able to switch on the fly between several different custom-made specialty ammunition types.

A Chem Round contains the same deadly poison as found in a Chem Launcher, but fashioned into a rifle bullet capable of traveling great distances with high accuracy. Chem Rounds are typically shot into the ground near an enemy position, shattering upon impact and spraying their deadly contents amongst the unsuspecting foes. An EMP Spike uses the same micro charge as the EMP Harpoon, but boosted via weaponsmith tinkering to downright dangerous levels, allowing it to massively damage enemy robots and vehicles, as well as temporarily disrupt enemy fields. An UltraGlue round contains the same Plastex adhesive found in other Broken glue weapons, but with a tweaked formulation. This allows just the tiny bit that is able to fit inside the sniper round to expand and envelop an area several meters wide upon impact, completely locking the enemy in place for precious seconds, or even minutes as they tear themselves out. 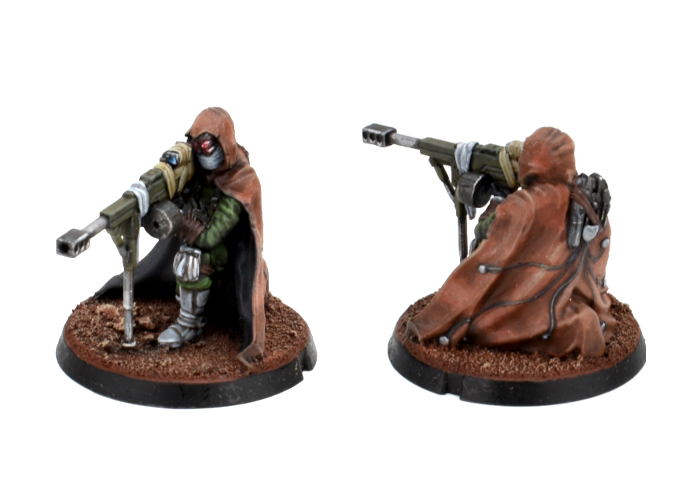 Of course, the downside of powerful custom gear from a Weaponsmith is that it is invariably prone to dangerous malfunctions, and a Sniper’s kit is no exception. Their camo cloaks overheat at inopportune times, their sniper rifles can jam when switching between different ammo, and the ammunition itself sometimes ruptures, often to deadly effect on the Rager.

As with all Broken, Snipers are the master of stealth, and their ability to pick the right ammunition type to most punish their target before disappearing into the mists before the enemy can return fire in earnest makes them one of the most loathed foes in the spiral arm.

The Broken Sniper in the online store 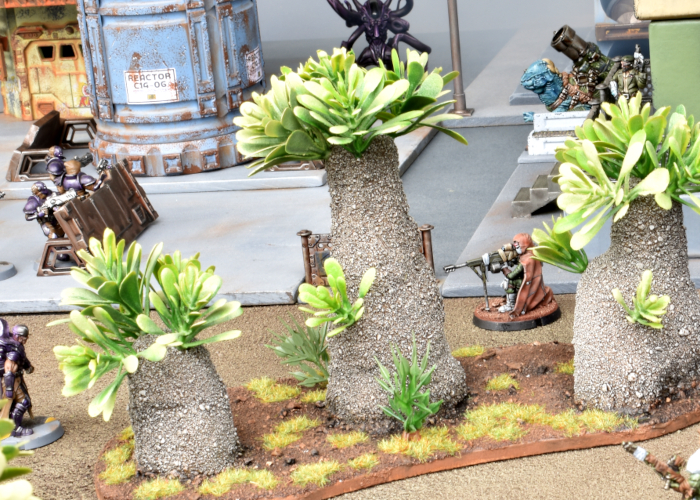