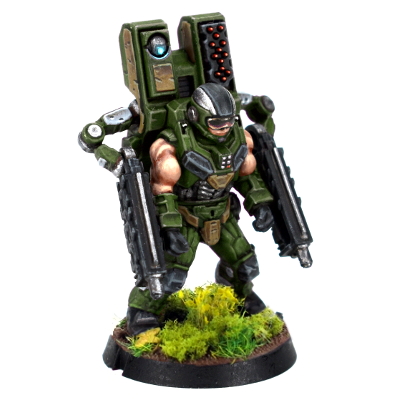 This multipart plastic kit includes one SecDef Field Commander sprue and a 25mm base.

Note: If you are still using the first edition of the Maelstrom's Edge rules, this model is an Epirian Master Bot Handler. It has been changed to a SecDef commander in the V2 rules.
Back to Store
The SecDef value nothing more than completing the job they're assigned to in a timely manner, regardless of what it takes to do so. SecDef Field Commanders are the ultimate representation of that mantra. With prototype machine-assisted armor with the strength of several men, firepower equal to a whole squad and advanced targeting and comm systems allowing them to monitor several different feeds simultaneously in real-time, Force Commanders have all of the tools necessary to decimate the enemy. 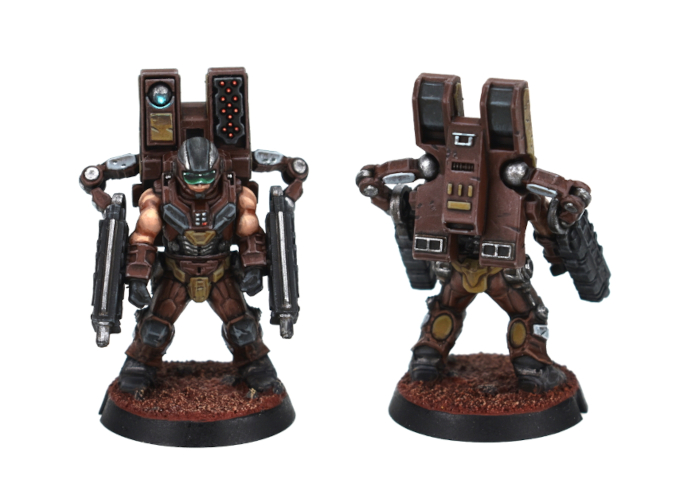 As with all SecDef units, Field Commanders tend to carry high-end sophisticated Araldyne weaponry, but in their case, these weapons are mounted onto advanced machine-assisted arms, allowing multiple weapons to be fired simultaneously with ease. Each Field Commander is given complete leeway to choose their own weapons load-out to best support their particular fighting style: Hydraulic Fists to rip the enemy apart at close quarters, Araldyne FG19 Flakk Guns obliterate targets at short range, Araldyne LM14 Machine Guns to mow down foes by the dozen and Araldyne LS99 High-Intensity Lasers to melt through even the toughest armor. Not to mention the option to take either back-mounted cluster missile pods or advanced targeting systems! 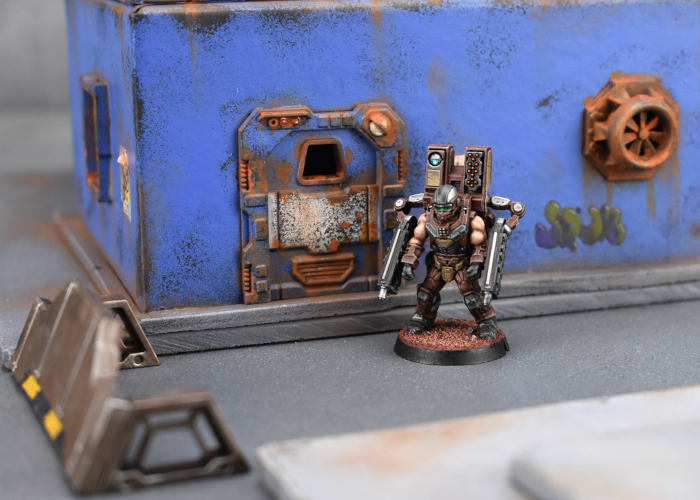 Ultimately, there are very few situations that a SecDef Field Commander is not able to handle, which does nothing to combat their massive ego, but rather helps to promote a sense of superiority both over any foe, as well as other non-SecDef forces they may be forced to serve beside. 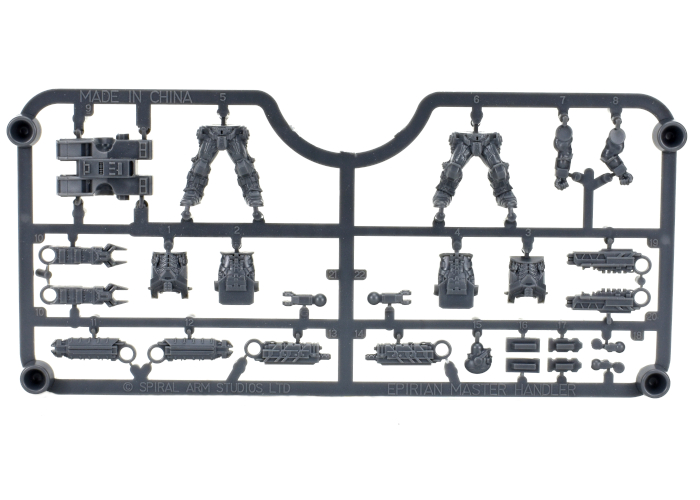 You can find the rules for the SecDef Field Commander in the Epirian Foundation Faction List, available in the V2 Beta Rules section here, and assembly instructions for this model here.