The Epirian Foundation‘s robotics and terraforming technologies transformed much of the Spiral Arm. The Foundation took barren, lifeless worlds and made them habitable, exploiting the resources of rocks they couldn’t turn into homes. The Foundation itself was formed as a loose coalition of independent franchises, each specialising in their own unique technologies.

Competition for new worlds and entrepreneurial invention was encouraged by the Epirian Head Office on the vast space station Apex, although outright conflict or legal infractions were policed severely. Under the leadership of Apex, whose stewardship rotated amongst the CEOs of the franchises, the Epirian Foundation thrived, spreading across a wide swathe of the Spiral Arm’s resource rich systems. 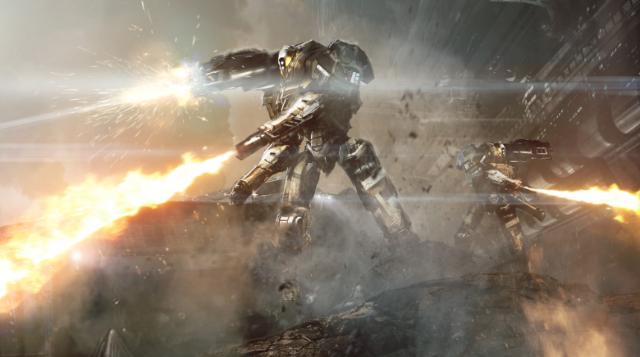 The Maelstrom tore apart the stability and organisation of the Foundation. Apex was one of the star systems first hit by the wave of energy, and the impact of losing the Foundation’s central governance was substantial. Since then the internal structure of the Foundation has fragmented, with the individual franchises growing apart, protecting their own interests while viewing each other with suspicion. The progression of the Maelstrom’s Edge into the middle of the Spiral Arm has endangered many Epirian worlds and every franchise has to make difficult decisions about who and what to save from their doomed territories


In battle, the Foundation’s greatest strength comes from their advanced robotics technology, and the neural links that their ‘handlers’ use to boost the effectiveness of their drones, bots and mechs. The fast flying Firefly drones scout ahead of the main force of Spider drones, providing intelligence about the enemy and allowing flanking moves, while units like the Scarecrow Sentry bot and Hunter Warmech provide fire support. Supporting this army of artificial combatants are the multi-faceted Contractors, employees of the Foundation who function as mechanics, workers and front-line soldiers, depending on the situation.